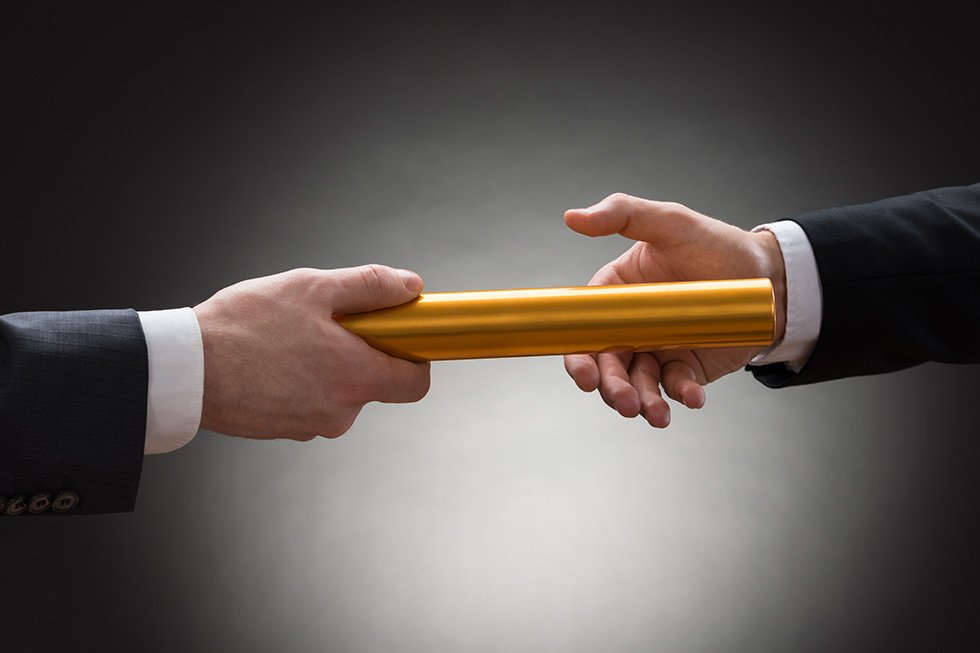 In looking back at photos of my life it quickly dawns on me that life is not a picture, it’s a movie. We get bigger, older, wiser, richer (or poorer!). We lose loved ones, and we gain friends. We have kids and grandkids, and our kids and grandkids lose parents and grandparents. This happens to everyone all over the world all the time. We live in constant momentum.

In the financial universe, there are two interesting sets of momentum. One is pretty obvious and in theory easy to manage; the other is less obvious and as a result, more difficult to get right.

The first is our own personal financial growth. Most people aspire to reach financial independence. That means having enough to enable us to work because we want to, not because we have to. To reach this point we undertake a journey of labour and savings illustrated by the graph below. The money we need to see us through our life at any given point in time is depicted by line A. The savings we have accumulated at any point in time to match that need is typically depicted by line B. 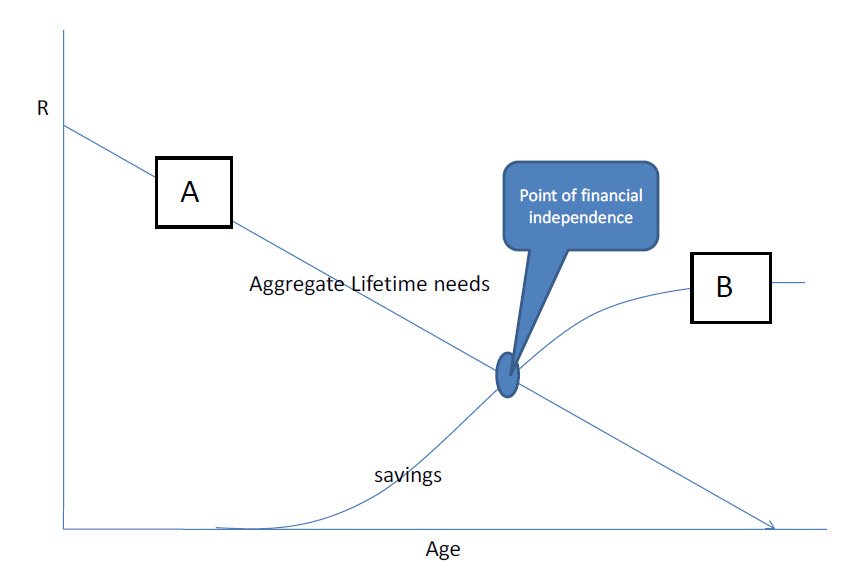 Becoming financially independent is determined by our aggregate spending throughout our life rather than our earnings. Both are needed, but it is the spending side that determines how hard we need to work and for how long. The higher our standard of living, the longer it takes to be financially independent and the more we need to reach that point. Wealth, therefore, is an entirely bespoke concept. The fact that we are living longer also means that we will have to either work for longer, work harder or spend less. Any of the three will do the trick, not much else.

This is pure maths and maths is not a guessing game. It just needs honest soul searching and a calculator.

The second is less obvious and concerns the interdependent nature of succeeding generations on each other. This is life’s relay. It’s a relay where the older generation runs towards the younger generation in a never-ending race. The baton refers to the assets each generation accumulates. Understanding the rules that govern this relay is crucial if one wants to hand over the baton successfully and maintain the momentum already generated. Here are the four simple rules:

The participants must understand they are in a relay. This means a high degree of communication and mutual acceptance that at some point in time the baton will pass on. This is especially important for family businesses – the sooner one addresses succession the better.

The giver must be willing to let go, and the receiver must be willing to accept. Clinging onto the baton or having a clenched fist does not make for a smooth handover. A control-obsessed person, for instance, can cause a scarcity mentality among heirs. This typically results in squandering through overindulgence or stubbornness – insistence that they don’t need anything and can do it on their own. Don’t live like you are poor when you are not. Wealth does not spoil kids; a lack of insight and understanding of wealth and the virtue of labour does. Accepting a baton means accepting the responsibility for the momentum as well.

The receiver must be trained to be in motion, ready for the handover to happen efficiently. The baton will either be dropped or the runner will overrun the receiver if the receiver stands still or is unprepared. To be able to carry inherited wealth, coaching and participation are needed. Simple things like having your children understand your monthly expenses and income and understanding the wealth that has been accumulated are steps in the right direction. Don’t dump wealth on people who do not have insight into it and don’t ever skip generations. Take responsibility for one generation at a time. Prepare them well and allow them to sort the next generation out.

The receiver must run forward and look towards the next generation. Issues of neglect or distant relationships can cause heirs to look back, which can negatively affect the passing of the baton. The sins of the father will last two generations, won’t they? You can’t change the past, but you can learn from it to create a better future.

We all constantly move along this financial continuum. One journey is mostly on our own and the other within the sphere of succeeding generations, but both are of equal importance. Understanding the rules of each journey will create a harmonious relationship with wealth within our own lifetime and a positive momentum for future generations.

Keep in mind that the baton contains much more than worldly goods and money. The rules governing generational momentum is true for everything we pass on to our heirs. Of all things, kindness is most probably the most valuable asset in that baton. Imagine a world where that happens as a rule rather than an exception.